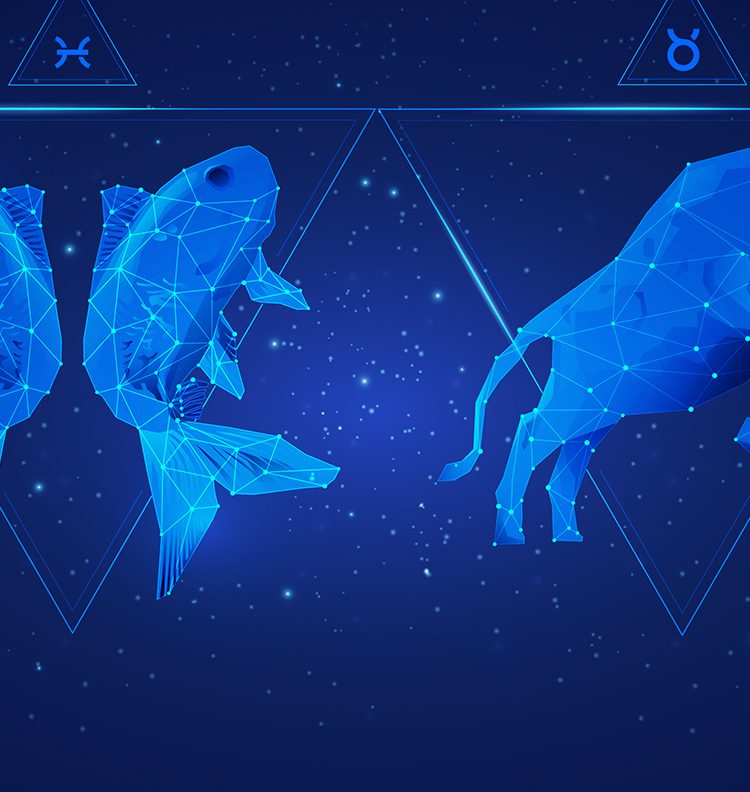 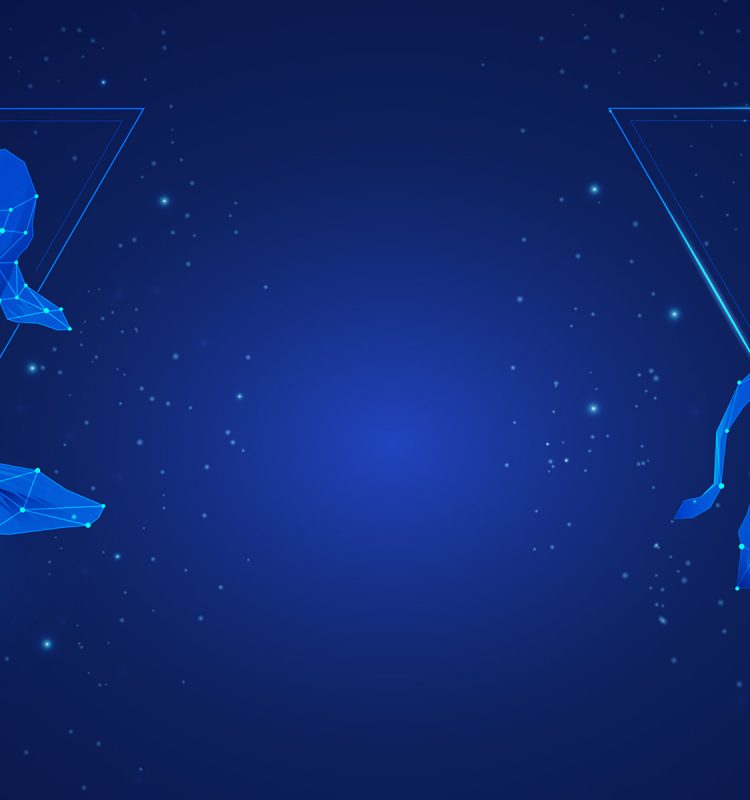 Zodiac CompatibilityPisces &
Taurus
Taurus is an Earth sign, which means that it is strongly connected to the physical and material world. Because of this, Taureans are known to be lovers of fine and expensive things. But it’s not all about money—Taureans are also great builders wh... Keeping reading
Contents [ show ]

Taurus is an Earth sign, which means that it is strongly connected to the physical and material world. Because of this, Taureans are known to be lovers of fine and expensive things. But it’s not all about money—Taureans are also great builders who are able to work consistently and steadily towards their goals.

Pisceans, on the other hand, are water-based. This means that they are very intuitive and sensitive to the feelings and moods of others. They are extremely creative and work best with people who can provide a sense of security that Taurus, as an Earth sign, amply provides.

The cohesion doesn’t stop there! Pisceans fall under a mutable modality, which means that they are generally easy-going and like to take the path of least resistance. This works well with our more fixed Taureans, who though proven to be steadfast and reliable, are also known to dig their heels in when differences in opinion arise.

Disagreements between a Pisces and a Taurus will most likely happen when it comes to finances. While Taureans love to accumulate, save and surround themselves with material wealth, they may find themselves frustrated or even confused by how easily their Pisces partner is willing to give it away to those in need. While a Taurus may be on the more skeptical side of giving so freely to others, a Pisces is completely and characteristically selfless, and this may result in arguments over how to handle the finances in your partnership.

Additionally, Taureans will have to be careful about how they argue with their Pisces partners. Pisceans are non-confrontational, so their Taurus partners will most likely win every argument that pops up in the relationship.

It is important that the Tarus in the relationship stops themselves from being too bull-headed, as winning every argument may start to make their Pisces partner feel increasingly insecure. If a Taurus refuses to make this concession, they shouldn’t be surprised when their partner starts to be a little more passive-aggressive and a lot less adaptable.

A Taurus and Pisces coupling will result in fireworks when it comes to sex and intimacy. While Taureans are focused mainly on the art and pleasure of making love, Pisceans are focused on the orgasm as the goal of sexual encounters. And since Pisceans are all about giving, you can be sure that they are just as invested in their partner’s pleasure as they are in their own.

Venus is exalted in Pisces and rules Taurus, which means that love, affection, pleasure and seduction will abound in a romantic pairing between these two signs. You will get lost in each other and focus much of your attention on pleasing your partner.

Be careful, though. Overindulgence in pleasure in your relationship may result in forgetting about the lives you live outside of each other. Both Taureans and Piceans will need to find a healthy balance between lovemaking and meeting the everyday demands of life.

Taurus is exalted in the Moon, which means they will establish strong spiritual connections with a Pisces whose ruling planet is Neptune. A Pisces and Taurus friendship will be a nurturing, enlightening and fun relationship in which they help one another to realize their life goals and dreams.

Taurus, in the 11th House of Friendships, is quite a sociable person. They love getting out of the house and meeting people at high profile events.

Taureans are also ruled by the 2nd House of Value, which means that they are most attracted to friendships based on material pleasures and indulgences. This can sometimes clash with Pisceans, who are ruled by the 12th house, which is all about sacrifice and selflessness.

However, Pisces, in the 11th House, are devoted friends who like to go with the flow and support their friends as much as they can. As long as Taureans give as much as they get in the friendship, Pisceans will be loyal for the long haul.

The ruling planets of Neptune in Pisces and Venus in Taurus mean that emotionally, these two zodiac signs will have a purely magical connection filled with imagination, compassion and mutual affection.

If that’s not enough, Pisces is also exalted in Venus, the ruling planet of Taurus! Your pairing will be one filled with complete and utter adoration. Taureans will feel like they are the center of the universe with a Pisces friend or lover in tow, and in return, Pisceans will feel fully supported and encouraged to reach for their biggest dreams.

Be careful, Taureans, and don’t let the relentless love and support go to your head. You have to give back to the relationship as much as your Pisces friend is giving. Otherwise, you may find that they drift away from the relationship over time.

Unfortunately, both sign’s values differ quite substantially. While Taureans value material wealth, possessions and the finer things in life, Pisceans are more focused on self-sacrifice, compassion and giving. If the two signs cannot find common ground between these stark differences, your partnership, whether friendly or romantic, will not last very long.

It’s not all bad, though. Both signs have a love for creativity and art, so they may connect harmoniously when it comes to valuing the beauty of creative expression. And with Venus ruling in Taurus and exalted in Pisces, they both undeniably value the power of love.

Although Pisceans tend to be very easy-going and don’t mind tagging along with whatever their Taurean partner wants to do, this can be quite exhausting for them on a long-term basis. A Taurus will soon find their Pisces partner falling into pits of boredom if they do the same things over and over again with no real change in scenery. So it is important for Taureans to not get too caught up in going to the same beautiful places filled with the same beautiful people for too long, or they may find their partners heading for the door.

Compromise is key here, so Taureans will have to work against their fixed modalities from time to time to do something they know their partner will enjoy, especially if water is involved. So forget the Michelin star restaurant from time to time and head to the beach instead!

Because Taurus and Pisces pairings have such a strong physical connection, they may find that words are not always necessary to communicate their needs. Nonverbal communication will be critical in this partnership, so be sure to understand your partner’s love language in depth, so that you will both understand one another’s intentions more easily. It is important for you to first create a strong emotional bond. The words will follow as you build affection, love and trust.

Just be careful not to get too lazy in how you communicate and don’t rely only on the tried and true methods that work for the two of you. It’s okay to change between physical and verbal communication every now and then to keep the relationship from going stale.

Don’t be surprised if you find that your Pisces partner opens up really fast in the relationship. Pisceans tend to be super idealistic, imaginative, and reflective. If they are super open with you, that’s a good sign! It means that you make them feel confident and secure in the relationship.

Remember, Taurus: Pisceans are mutable in modality, which means they flow into things as easily as they flow out of them. If you become too lazy or too resistant to change in the relationship, it will make your Pisces partner feel confused and insecure, and they will not waste any time running away from the relationship as quickly as they fell into it. If you want to keep them around, you have to be consistent in building and maintaining their trust.

Pisces and Taurus work partnerships tend to be positive in nature. The idealism and creativity of a Pisces coupled with the practical, clear-headed nature of a Taurus work with each other in a balanced, yin-and-yang kind of way. Taureans work hard to make Piscean dreams come true, and in the workplace that is phenomenal!

As co-workers, you will work well with one another as you are both grounded in empathy and help each other dream big while staying on task and getting the job done. And because both signs tend to be artistic in nature, starting a business in the fashion or design industries would be ideal for such a pairing.

A long-lasting Taurus and Pisces relationship will be full to bursting with love and affection.  The steady, practical Taurean will help ground the Piscean, who often has their head in the clouds. Building and maintaining a strong foundation of trust and having a healthy system of communication will ensure that your sometimes-differing values and personal interests won’t lead to a hasty breakup.

Share
Previous: Leo and Taurus
Next: Capricorn and Leo