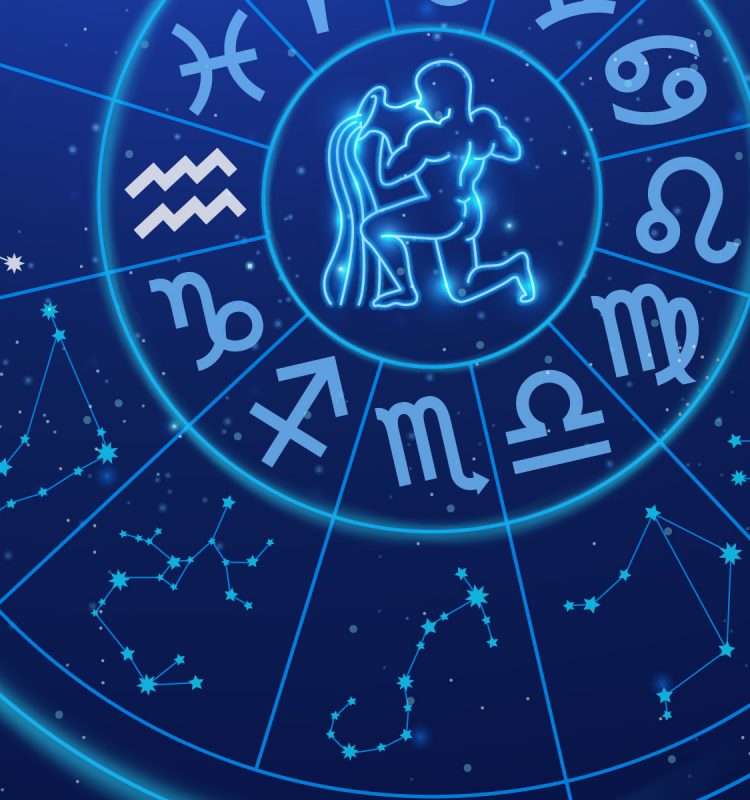 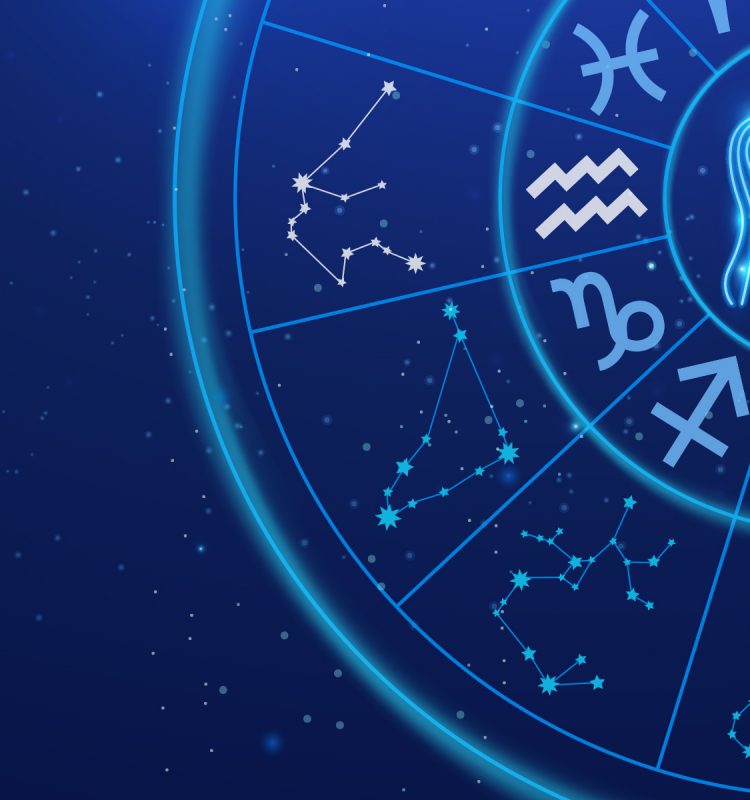 About the January 20th Aquarius

Aquarians rule the Eleventh House of Technology, which is all about networking, humanitarian causes, and rebellion. People with this zodiac sign enjoy problem-solving, deep thinking and abstract exploration. This makes them quite innovative and future-driven, which is an essential asset to any charitable organization.

People born on this date have a multitude of hobbies and interests, and that doesn’t seem to slow them down! They are able to pursue anything and everything they find fascinating with poise and balance. This makes them amazing conversationalists at any social event.

January 20th Aquarians love to explore higher realms of thought on their own. Though they work well independently, they evoke a friendly and approachable aura that draws people in. They enjoy socializing because they are naturally curious about the people they meet. However, they do have a low tolerance for people who do not share their love for inquiry.

What Are the Traits of a January 20th Aquarius?

Friends and family members of an Aquarian will appreciate their natural advice-giving abilities. Always there to offer their point of view, people born on January 20th are full of helpful insights. They aim to please their loved ones in all things and maintain a high level of morality in how they choose to live their lives.

Though they are full to the brim with good advice, if an Aquarian is too pushy with their points of view they can come off as too preachy and arrogant. If they are too fixed in their ideologies, they can become quite stubborn, which can be off-putting for people who need a little more flexibility with their loved ones.

What Is the Personality of a January 20th Aquarius?

People born on January 20th value open and consistent communication with the ones closest to them. They do not last long with friends who only call once in a while. When it comes to their family life, loyalty is the most important thing to them. They can deal with anything their family throws at them, good or bad, so long as they are confident that their family will never abandon them.

When it comes to their finances, Aquarians seem to be all over the place! They don’t tend to stick to any one plan and are happy to get involved in just about any type of money venture they come across, no matter how odd it is. Despite this haphazard nature to making money, they are generally quite successful in whatever they get involved in.

January 20th Aquarians are not overly passionate lovers. Rather, they rely on their gentleness and honesty to attract romantic partners. Aquarians are more likely to build a romance from an existing friendship than to find them through dating apps or chance meetings.

They prefer to choose a lover from their friend group because they have already built an openness and sense of trust with that person. They don’t like to start from scratch in their love lives. They believe that friendships that turn into romance are more likely to last long-term.

Aquarians put everything they have into their relationships, and they expect their partners to do the same. They are most attracted to people who are active and spontaneous. They love when their partners keep them guessing! If a person is okay with their oddness and out-of-the-box thinking, they’re sure to build a romance that lasts.

Aquarians in the workplace are independent but still outgoing. They’ll take on any job where they can work on their own with zeal, but they don’t mind working with others so long as their coworkers share their enthusiasm to get the job done well.

Because they are so independent, they thrive best in working environments where they can take the lead and where they have the physical and mental space to explore their imaginations. This makes them excellent entrepreneurs and freelance workers.

They value rewarding work that embodies a broader, “big picture” vision. They also thrive on work that requires lots of problem-solving! Aquarians will not do well working in an environment that is routine, habitual and predictable. Because of this, they do not like working within the confines of a corporate environment. It’s just not their cup of tea.

If an Aquarius needs stability in their life, however, they may have to work in a corporate setting. This should be okay for them so long as they work for a manager and with employees who share their creative and innovative spirit. Jobs related to writing, advertising and graphic design are the most compatible with Aquarians.

Uranus, the ruling planet of Aquarius, will be situated in Taurus and Aquarius’s Fourth House of Home and Family all year long. Additionally, Uranus will be squaring off with Saturn in Aquarius’s First House of the Self from February 17th to June 14th.

This means that Aquarians need to pay close attention to the ones they are closest to during this time period. It’s easy for an Aquarius to get so caught up in various causes they’re a part of that they forget to check in with their loved ones. It’s also easy for them to forget to take care of themselves.

While Uranus is situated in Taurus and squared off with Saturn, Aquarians should take a step back from their charity work to make sure that they are maintaining their connections with their closest friends and family members. They should also work on developing a healthy self-care routine that keeps them grounded and mentally balanced.

For most of the year, Jupiter (the lucky planet) will be in Aquarius’s First House of the Self. This means that Aquarians can expect a flood of gifts coming in from the universe! Though it’s hard for an Aquarius to accept love, they should do their best to take all the good things the lucky planet Jupiter has to offer in love.

In addition to an inflow of love, Jupiter will also bring gifts related to work and money. Aquarians should pay close attention so that they don’t miss out on any opportunities at work for them to readily accept these rewards.

When it comes to friends and socializing, Aquarians may notice a change from May 13th to July 28th. This is when Jupiter enters Pisces in Aquarius’s Eleventh House of Friendships. Aquarians should not spend too much time worrying about this change. The shift is a result of setting up healthy boundaries, which is important to have in friendships. Their friends are merely respecting those boundaries.

There are a few Mercury retrogrades that Aquarians should be aware of this year. One retrograde will be in Gemini from May 29th to June 22nd; the other will be in Libra from September 17th to October 18th. During this time, Aquarians may notice that a few people they’ve cut ties with start turning up in their lives again. If that happens, they should hold firm to their boundaries and keep those ties severed.

Additionally, there are a few eclipses that Aquarians should pay close attention to: June 10th (solar), November 19th (lunar) and December 4th (solar). Eclipses have a tendency to bring lots of drama and intensity as well as unexpected changes. Though this is not always a bad thing, it is important for Aquarians to be vigilant so that they react in the best ways possible to these sudden changes. The good news: the June 10th solar eclipse may bring in a new love interest.

The love planet, Venus, will be shifting into retrograde in Capricorn, which is situated in Aquarius’s Twelfth House of the Unconscious. This will take place on December 19th. During this time, Aquarians may find it difficult to express themselves to their romantic partners.

They may also find themselves hiding away. If this is due to a recent breakup, it’s okay to take a break from life. They should make sure not to indulge in this for too long, however, because they may miss out on new (and better) love opportunities.

The Star is the Aquarian’s tarot card. It represents wishes, dreams, and boundless potential. For Aquarians, this means that they are able to reach places far beyond their wildest dreams as long as they are willing to put in the time and effort to achieve their goals in life.

Aquarians with this tarot card can help change the world for the better. This is an excellent promise as much of an Aquarius’s life is dedicated to humanitarian efforts. If they dedicate their attention and passion to a worthy cause they believe in, they are sure to make a positive difference.

Uranus is irreverent and chaotic, often encouraging rebellious and disruptive behavior. This planet seeks out drastic reform and immerses itself in anything related to sudden change. This is because Uranus thrives on mind expansion.

People ruled by this planet are likely to involve themselves in developing new technologies or in driving social reform forward. Whatever the cause, the main goal for Aquarians ruled by Uranus is to establish a strong sense of equality and enlightenment.

It’s also no surprise finding Aquarians involved in careers related to computing, science, invention, media and physics. They use the knowledge gained and shared in these workplaces to help progress society, philosophy and technology forward for the advancement of all peoples.

About the January 20th Birthstone (Garnet)

Garnet, a silicate mineral, sparkles and shines beautifully in its crystal form. Though it can come in many different colors (including green and yellow), its most popular color is red. Garnet amulets have been discovered in the ancient Egyptian tombs of Pharaohs, so they’ve been around for quite some time! Though it can be found worldwide, Russia and India are the biggest producers of this gemstone.

Garnet is believed to bring love, luck, health, loyalty and friendship to those born in the month of January. So it’s no surprise that many married couples buy garnet gifts for their spouses on their second or eighteenth wedding anniversary! Garnet also possesses a lot of deep, spiritual energy. It can represent prosperity, gratitude and service to others, and it is often associated with the Base, Sacral and Solar Plexus Chakras.

An Aquarian’s lucky color, yellow, is the brightest of all the colors. It draws the eye’s attention to it almost immediately. In almost every culture, the color yellow symbolizes happiness and warmth.

Yellow can also have specific meanings for different cultures. For example, in Japanese culture the color yellow represents courage, while in other cultures, such as in Mexico, yellow may represent death.

Aquarians should wear yellow when they need a little more luck. Whether that’s wearing a yellow blouse for a job interview or wearing a yellow tie to a first date, this color is sure to give its wearer a little extra luck.